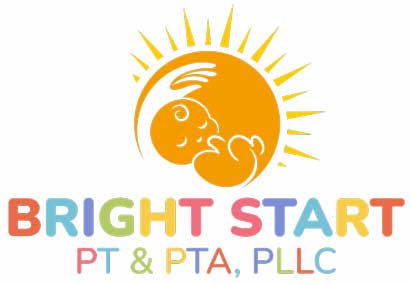 Tap To Call and Learn More About Our Services

“The stressors of life whispered in my child’s ear, “You’re not strong enough to withstand the storm.” I heard my child whisper back, while looking right into its eyes, “I AM the storm.” 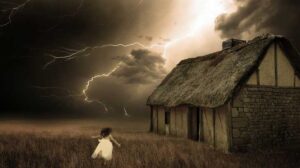 A paraphrased quote; that summarizes the power of a secure attachment bond, between an infant and primary caregiver, that extends throughout the life span.  This secure attachment bond is THE template for all future relationships including marital, friendship, parental, business, even the relationship that one has with themselves.  Support, education, and resources for the parent, all pediatric professionals, and anyone building a relationship with a child, (ie. grandparents, daycare providers, etc) are the underlying intentions of this blog.

I had to look at my life in the rearview mirror to try and comprehend why and what transpired over the past 44 years had occurred.  I was desperate to connect the dots and dissect the storm that came to disrupt and shatter a paradigm of how I thought things were supposed to unfold in my life.  I did everything that I was expected to do.  I never cut school, I followed the rules, I was a student-athlete, I got a good job, I paid my bills on time, I had a husband, children, a house, and I made sure that everyone in my life knew that they were loved, heard, and they mattered.  Then, the earth began to shake under me.  People who held important positions in my life, now revealed themselves differently through the chaos, and the foundation that I had built over a lifetime, crumbled to the very core and I had to pick myself up from the debris and try to piece it all back together, never to be the same, again.  In an effort to cope with the trauma and dysregulation, I turned to read insatiably on depression and mid-life crises.  One topic led to the next, until one day I came across the term, infantilization, and it was like my rose-colored glasses shattered to the floor.  I could not un-know what was now being revealed to me.  I watched YouTube videos on narcissism and narcissistic family dynamics, incessantly.  I watched clips and listened to audiobooks on covert passive-aggressive narcissism and codependency and it was like they were reading a manuscript from my life.  Do narcissists read a manual?!  As I am a pediatric Physical Therapist by trade, and I have the privilege of learning child development and appreciating how truly innocent babies are, I dug further into personality disorders and childhood trauma.  I wanted to see how our intergenerational trauma could affect our lives well into adulthood.  I needed to make sense of the senselessness that was my life.  My brain wanted to find peace by understanding what happened, and what was happening, was NOT my fault.  I mean, I unconsciously contributed and enabled some dysfunctional dynamics, but essentially, the devastation of what was happening was out of my control, and apparently, I never had control.

I came across the Ted Talk by Nadine Burke Harris and her book, The Deepest Well, and began to understand how ACEs, adverse childhood experiences, negatively impacted all areas of life, including physical, mental, emotional, and relational health, extending well into adulthood and how ACEs are actually common, among all socioeconomic and cultural backgrounds.  I came across John Bowlby and attachment theory and how significantly important the bond between infant and primary caregiver, generally the mother, truly is.  I was piecing together my past, but it did not just stop at my birth.  It extended way, way up the intergenerational tree.  I also delved into the past of the other actors in this play called “my life”, whose decisions and behaviors would significantly impact my children.  I decided that these patterns would stop with me.  It became my mission to change their trajectory.  My children’s stories had not been written and I would do everything that I could within my power to give them the life that they deserved.  They were innocent and did not ask for this, but then again, I began realizing, that all babies were innocent and did not deserve many of the life circumstances that are thrust upon them.  I also came to the realization that all “adults” were once children and they too suffered.  This explained their behavior, but it did not excuse it.  Dr. Judy Rosenberg from The Psychological Healing Center in California says children are born into a hostage situation.  They have no power and they have nowhere to run if the source of their fear is “home”.  They milk any ounce of love or attention that they can find from their caregivers when in an abusive or neglectful situation, (Stockholm Syndrome), and honestly, children look to the big people in their lives as all-powerful and god/goddess-like.  That being said, if I am abused, the big people cannot be bad, “it must be me,” and I must deserve it, says the child to itself.  I would rather be a bad child in a good world, than a good child in a bad world. (a concept from the book, The Drama of the Gifted Child.) This insidious and false belief embeds itself into the child’s subconscious and wreaks havoc throughout their life.  We spend an inordinate amount of time and money on uncovering these subconscious obstacles that keep sabotaging our efforts to better ourselves.

Over the next 2 years, I would make connections between childhood and intergenerational trauma and how “adults” would unconsciously or consciously behave, based on these patterns of abuse and neglect, experienced in their childhoods.  It was not a blame thing, it was a faulty dynamics thing.  Again, to refer to Dr. Judy, it was “a system went wrong” that seemed to create personality disordered thinking and behaving, or highly toxic behaviors, at the very least.  There was no one person to blame.  It was all of the patterns and default dynamics, that came before and culminated, in this time and space; here, with me, with my vulnerable children.  Mama Bear reared her protective head.  (I am convinced that the Mama Bear is my spirit animal!)

Upon investigation and synthesizing of all of the information that I had collected and ravenously consumed, I came to the conclusion that a healthy SECURE attachment bond between infant and primary caregiver is the driving force behind a child becoming an adult who is successful, authentically happy and content in life, and it also positively affects overall physical health, (for example cardiovascular and respiratory health), and mental health.  It is like a vaccination to minimize the chances of getting depression, anxiety, heart disease, addiction, divorce, and suicidality.  It also only takes ONE caregiver to hold sacred space for the child, “the enlightened witness”, (Dr. Judy Rosenberg).  If one caregiver can offer the child a secure attachment opportunity, that child is in a great position for a healthy and happy life, despite the toxic life circumstances that are swirling around the child.

Narcissism and Borderline Personality disorders are post traumatic defense mechanisms.  That means that it is possible that the child had to develop these behaviors and perceptions to be able to tolerate the abuse and/or neglect, in an effort to survive living in those circumstances.  It is a means of survival, life and death.  The child did what it had to do to make it another day; day after day, year after year.  I was learning that many of the personality disorders were in response to trauma, abuse, and neglect.  I still do not hold an official degree in psychology, but I feel like life forced my hands into acquiring an honorary doctorate in psychology, specializing in personality disorders with emphasis on cluster B and C.  Cluster B is the erratic and dramatic personalities and Cluster C is the fearful and anxious personalities.  Now, while genetics may also play a role in the manifestation of personality disorders, (nature), there is the other half that can exacerbate genetic predisposition to physical manifestation of symptoms, which is nurture, or lack thereof, to be more specific.  Abuse, trauma, and neglect can be the gasoline to an already burning genetic ember.  The opposite is also true.  Whereas, there can be a genetic predisposition to these personality disorders, with a nutrient rich loving environment that encompasses all of the ingredients in creating a secure attachment, the manifestation of the disorders can be thwarted, as understood in the study of epigenetics.  So, it is NOT nature OR nurture, it is nature AND nurture.

So, stay tuned for the next blog, where I will delve into the acronym SECURE and the crucial components that contribute to a healthy attachment bond. 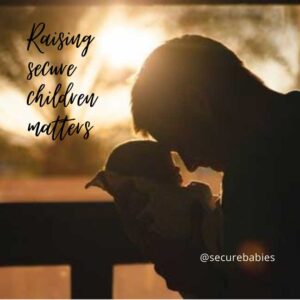 All EIP services are provided at no cost to parents. Health Insurance may be used for approved services. A child’s eligibility for the program can be determined only by state-approved evaluators under contract and all services must be authorized by the county. If a child is found eligible for the EIP, all needed early intervention services are identified in collaboration with the parent and must be authorized by the municipality. The municipality will arrange for service providers, considering the individual needs of the child and family, to deliver services authorized by the municipality. Bright Start PT & PTA, PLLC is approved by New York State and has a contract with New York City to provide early intervention services.